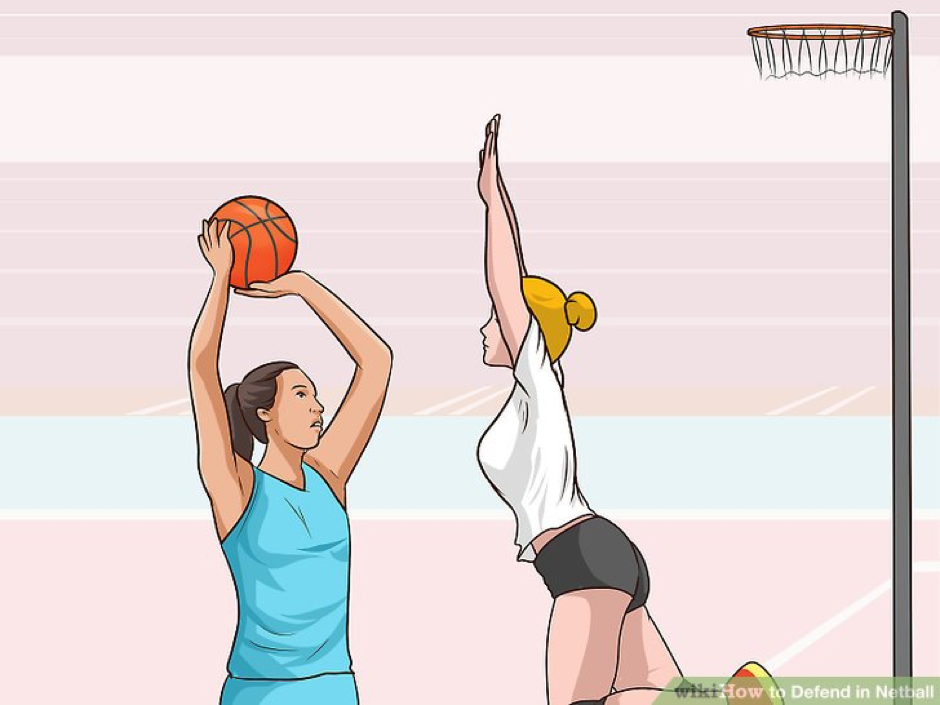 If you’re looking to improve your defence skills in netball, then part of your training should include the three stages of defence – marking the opposing player, marking the ball and marking the zone.

When you begin your training, begin with the position that a defender would take when defending a player. The perfect netball position is on your toes with your knees slightly bent, so you’re ready to intercept that ball or catch it. Keep in close proximity to your opposing player, with your side to the goal, so that you can see both the ball and the attacking player. Another position that works well is to stand at a 45-degree angle just in front of your marked player.

The team should then split into groups of three to practice marking an attacking player by moving slowly from right and left but always staying in position in front of them. The third group member will hold up different coloured bibs which the defender has to call out the colour of.

The next practice stage is defending once the attacker has received the ball. The aim is to make it impossible for them to be able to pass the ball and make life difficult for them. This is also the perfect time to practice intercepting the ball if the attacker does make a pass.

The ideal positioning should be approximately 3 feet away from the opposing attacker’s front foot and you should be up on your toes to give you more height. Arms and hands need to be outstretched, whilst calling out to team members whether to move left or right to intercept. When the opposing player makes a pass or takes a shot, jump and then jump again to try for the rebound. For Netball Drill Training videos, visit https://www.sportplan.net/drills/Netball/drills.jsp 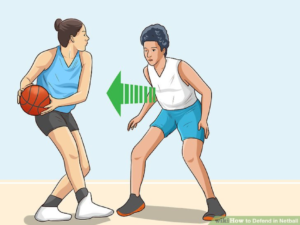 A good drill for defending is to play a game called ‘Anywheres’. Split the team into pairs with each player facing the other. One player takes charge of passing, completing bounce, chest and shoulder passes to both left and right while the other player must guess and respond quickly to catch and pass the ball back.

To combine defending and communication, an effective drill is to work in pairs defending. A feeder has the ball with a defender positioned in front of them. An attacking player then runs towards the feeder from either left or right, whilst being marked by a defending player. The second defending player shouts out to the first whether the attacker is coming from left or right, so the defender can position themselves to block the pass.

When deciding which training methods, drills and practices to engage in, it’s important to focus on the following elements for real success:

Knowing the positions of attackers at all times

Reading body language to anticipate where passes will go