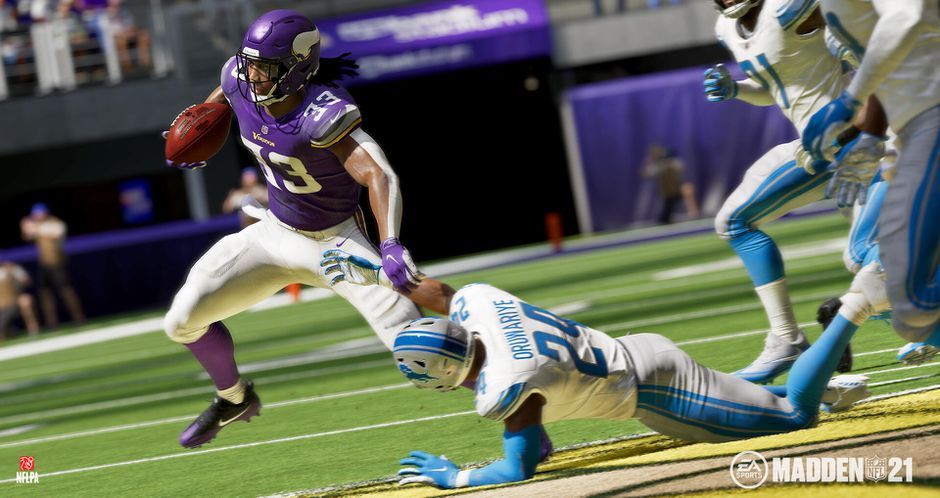 NFL 21 player ratings were updated based on what happened in the last matches. These are the last updates before this season’s finale.

NFL 21 is a realistic football simulation and ratings play a big part. The Madden Ratings Adjustor team is always working to keep the database updated as players’ performance is not constant. That’s why their item cards must be changed to keep an accurate image of what is happening on the real football field. We are getting close to the end of this NFL season and, as always, the rating adjustor team is hard at work. This is the last rating update before the end of the season.

Without a question, Tom Brady is one of the best players of this season. At the beginning of the NFL season, he had a rating of 90 which is a great start but wait until you see his rating now. Brady’s performance during this season was better and better. His current rating is 96. This makes him one of the NFL 21 player items that had the biggest OVR increases. Brady is a quarterback from the Tampa Bay Buccaneers. His attributes are 60 speed, 66 acceleration, 64 strength, 70 agility, and 98 awareness. Jason Pierre-Paul is another player from Tampa Bay Buccaneers that got an OVR bump after the last rating update. He now sits at 85 OVR with 79 speed, 85 acceleration, 85 strength, 81 agility, and 97 awareness. Shaquil Barrett is with the Tampa Bay Buccaneers too. He managed to hit the quarterback four times and he got three sacks in his last game. As a result, he gets a +1 OVR increase. His OVR is now 88 and his stats are 84 speed, 87 acceleration, 74 strength, 83 agility, and 91 awareness. We’ve seen the players that got the biggest increase and now it’s time to look at those that didn’t have a good performance. Green Bay Packers’ quarterback, Aaron Rodgers, had a good performance throughout the season but, unfortunately, his team lost the game that would secure them the spot in the finals. His OVR is now down by one and his updated stats are 79 speed, 84 acceleration, 59 strength, 82 agility, and 95 awareness. Another player from this team got an OVR decrease. We are talking about Kevin King who now has 74 OVR with 90 speed, 93 acceleration, 69 strength, 93 agility, and 70 awareness.

Muteamgo.com is your one-stop-shop for Madden 21 coins. We provide coins at fantastic prices so you don’t have to waste your game time farming for them. Check out the latest offers and don’t miss the attractive discounts! We have fast deliveries.